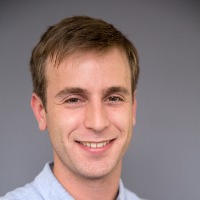 Let’s take the famous Titanic Disaster dataset. It gathers Titanic passenger personal information and whether or not they survived to the shipwreck. Let’s try to make a prediction of survival using passenger ticket fare information.

Imagine you take a random sample of 500 passengers. In this sample, 30% of people survived. Among passenger who survived, the fare ticket mean is 100$. It falls to 50$ in the subset of people who did not survive. Now, let’s say you have a new passenger. You do not know if he survived or not but you know he bought a 30$ ticket to cross the Atlantic. What is your prediction of survival for this passenger?

How does it work?

The Naive Bayes classifier aggregates information using conditional probability with an assumption of independence among features. What does it mean? For example, it means we have to assume that the comfort of the room on the Titanic is independent of the fare ticket. This assumption is absolutely wrong and it is why it is called Naive. It allows to simplify the calculation, even on very large datasets. Let’s find why.

The Naive Bayes classifier is based on finding functions describing the probability of belonging to a class given features. We write it P(Survival | f1,…, fn). We apply the Bayes law to simplify the calculation:

P(Survival) is easy to compute and we do not need P( f1,…, fn) to build a classifier. It remains P(f1,…, fn | Survival) calculation. If we apply the conditional probability formula to simplify calculation again:

Finally to classify a new vector of features, we just have to choose the Survivalvalue (1 or 0) for which P(f_1, …, f_n|Survival) is the highest:

One last step remains to begin to implement a classifier. How to model the probability functions P(f_i| Survival)? There are three available models in the Sklearn python library:

Here we implement a classic Gaussian Naive Bayes on the Titanic Disaster dataset. We will use Class of the room, Sex, Age, number of siblings/spouses, number of parents/children, passenger fare and port of embarkation information.

The performance of our classifier is 80.95%.

Let’s restrain the classification using the Fare information only. Here we compute the P(Survival = 1) and P(Survival = 0) probabilities:

Then we have to find the mean and the standard deviation of the Fare datasets for different Survival values. We obtain the following results:

Let’s see the resulting distributions regarding survived and not_survived histograms:

If we train the Sklearn Gaussian Naive Bayes classifier on the same dataset. We obtain exactly the same results:

Thank you for reading this article. I hope it helped you to understand what is Naive Bayes classification and why it is a good idea to use it.