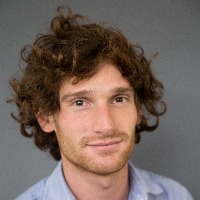 A guide to build your own complex validated react forms.

Libraries are good but often don’t fit into your problem. This article presents a library-free framework to write complex nested validated forms in react.

Adding nested validated forms to a react application should be as simple and straightforward as it was with plain HTML pages. A lot of libraries have been written for that purpose. However, depending on your very single and unique problem at hand, you may end up spending days understanding how to tweak the library of your choice to adapt it to your problem.

In my experience, I wanted to create:

My react application used the redux store. This is very common but often a source of confusion. As noted by the react team:

From the very beginning, we need to stress that redux has no relation to react

Especially one of the most used libraries for nested forms in react is redux-forms.

I felt very confused by this profusion of tools and went back to the react documentation to end up rebuilding very complex react nested forms with very basic react.

This post intends to summarize my approach to address the above-mentioned points. In the end, I will also present their limitations.

There is an official react documentation on forms. It gives the basis of a simple form with some inputs directly in the component. The main things to catch from it are:

As far as your form only contains few inputs all in the same component, this works well and is rather easy, a little bit wordy though. Confusion starts when you want to add some logic and nested forms.

Nested forms are forms in which the data are not only primitive types but also arrays or objects. In essence, I think that nested forms do not change a thing to what has been done so far. But you have to be cautious to carefully apply the framework to avoid unexpected changes in form data.

In this context, we consider that each component stands for a data unit. It can be either a simple input or a whole sub-form. It means that the component’s structure should match the form data structure. For instance, say that you the data look like that:

This data could be either in the state of the main react component or in the redux store. I will use the first option in the following of this tutorial so as not to be dependent on an unnecessary library. The only reason why you should place it in the store is if you want to access your data somewhere else in your react application.

At the top level, key1, key2 and key3 are data units of your form data. So you should have in the main render three components, one for each of these keys. For instance:

In this latter case one might be tempted to use directly a map:

This practice is discouraged by the fact that one would have to handle changes of each SubFormComponentForKey3DataType component according to their index. By doing so we break the similarity with the other fields (key1 and key2 for instance). In case of heavy forms, it is necessary to really think small, divide and conquer. In other words, don’t ask too much to your component, keep it simple and similar, split your logic.

In the main component, one defines the method to handle changes like that:

“Keep it simple” means that as for a very simple form, the method only has to be able to handle key1, key2 or key3 on their whole. You don’t want to make it aware of a change in key2.subkey1 or in a change of a sub-field of a data of key3 in any way. Then this method should be passed to your components in the render:

Subform as an object

Now let’s have a look at what should be inside <SubFormComponentForKey2DataType />. Remember that there is only one state for the whole form. This means that the sub-forms receive their part in props and call their parent’s method on change. Thus the handleFieldChange is:

Here, the only difference between the previous method and this one is that one calls this.props.onChange instead of setting the state directly. Once again, my advice is to keep it as simple as possible.

Let us finally consider the case of a map as in <ArrayOfSubFormComponentsForKey3DataType />. This component should be able to handle a change only at the first level, i.e. on an array of objects. Precisely, it should have a method:

This is very (very) similar to the previous method. Indeed the only difference is that it destructures an array instead of an object.

Finally, the render should just contain:

By doing so, changes are propagated from component to component and you never have to think about what is going on outside of your component nor where you are in your form data.

This setting is as simple as dumb: you only treat in a component the changes in its first level values. The component can handle a change and then calls a parent’s method meaning “my job is done, do what you want with it”.

HTML5 provides easy data validators directly in the basic <input> components. For instance, specifying type="number" or required will directly prevent the user from typing anything else than numbers or from submitting an empty field. Read the documentation for a comprehensive list of what is possible with HTML5 built-in form validation. However, I was using the material-ui library so that these validators were not available.

Furthermore, in some cases, you want not only an input validation but also a data validation, for example field1 + field2 < threshold.

Because of these reasons, I decided to rely on the validate.js package. It provides a comprehensive list of validators and an easy declarative definition of the desired constraints on an object. It is possible to define several constraints for a single field with different error messages. Because we don’t want to think about data validation outside of a form we define the formValidator together with its constraints in the same .js file:

If, on the other hand, the form has nested forms such as in the first example, the form1Validator should make a call to the subformValidator:

All together it means that the constraints defined on the *form file only concerns the true inputs of the component while the validation of the more complex objects is delegated to their own validator.

It is then possible to pass the validation object to each one of the input components so that they can display the error message if appropriate. If there is no error, undefined is received and nothing is displayed.

One may also want to perform form validation on submit only. It means that before sending the full object the (nested) validation is done using the previously defined validators.

The previous consideration leads to two points of attention:

The first point means that one has to pass in props each validation together with the original value:

The second point has been tackled with a util function. It performs a deep search for undefined going iteratively through the object to make sure that if keys are defined, they only lead to undefined values.

Then the output of the main form validator can be processed by that function to return either true if forms are all validated or false otherwise:

Limits of the current implementation

As long as the objects are self validating the current implementation, while somehow wordy, works. However, we faced some cases where the objects to be filled were defined on purpose depending on some business logic implemented somewhere else in the component. This logic was not accessible from the object itself.

In this context, it means that each instance of the same component can lead to different validators. The more probable is that the render embeds the business logic that one does not want to copy. In a sense, one has to validate the data that the user can fill. Then, each component should validate its data itself and send back the result to the parent component.

The ref attribute can be used to determine what is displayed in the render. So a first possibility would be to filter the constraints object with the displayed inputs. Then the results should be lifted-up through the nested forms until the main react component.

However if one does not want to perform validation on input changes but only on submit, one would call far too much the validators. At least the errors should not be displayed until the user clicks submit.

A possibility would be to pass a boolean to each child component: displayErrorMessage. This variable could be initialized at false and set to true on submit. Still is validation computed on change.

All the components in the nested forms always receive the same props with the same names apart from a difference in the key. This is a direct call for factorization based on a single key and using either react Higher Order Component or children props to simplify the code.

As for now, I have not felt any needs for moving from that basic implementation to a public library.

I hope this can help some other save time and gain experience in react! Please share your thoughts and tips here, on twitter or contact us. Also, don’t hesitate to have a look at our other blog posts about Node.Js and react.

I also give a special thanks to Nicklas Ansman Giertz for the wonderful validate.js library.

Thanks to Tristan Roussel and Pierre-Henri Cumenge.